When in Rome - JH Wedding Photography

Cardiff based, affordable wedding photographer with a passion for taking beautiful images for you.

When in Rome, Take Photos


So for my first blog post about photography I'm jut going to talk about my recent holiday to Rome with my wife.  The trip was a Christmas present but it was also her birthday while we were there.

It was great - lots of pizza was consumed which is always a good sign.    We packed light because we only had hand luggage so I couldn't take much camera stuff.  So I had my Olympus EM-1, 12-40 f2.8, Panasonic 25mm f1.4 and a Joby Gorillapod.  I felt this would be a good travel setup, with the 12-40 for most things and the 25mm for the evening.

Rome is a very beautiful city, but there are a lot of people trying to sell you selfie sticks amongst other things, so it was hard to get any peace near the sites.

The first thing we saw on the evening we arrived was the Altare della Patria, which means Altar of the Fatherland.  People call it the Wedding Cake though as that's what it looks a bit like. 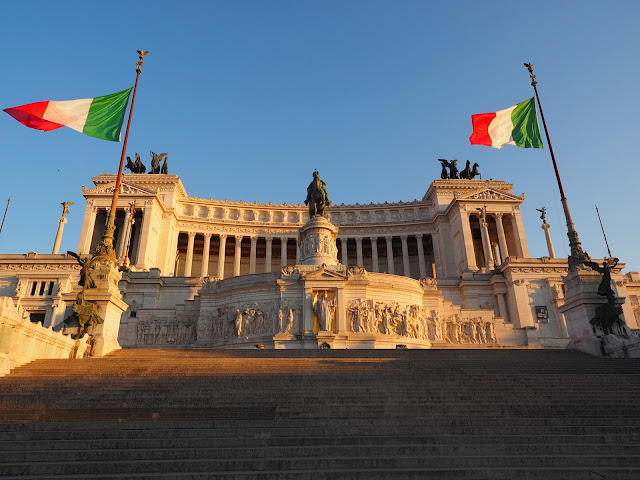 The weather and light were perfect so it was easy to get a nice picture of it.  Looking at this photo again I think I could perhaps crop it a bit so there are fewer steps, but I still think it's a nice photo.

On the way back from the restaurant we'd had dinner at we got a different view of this wedding cake and I managed to get some shots with cars zooming about in front.  For this I needed the gorillapod and a long exposure. 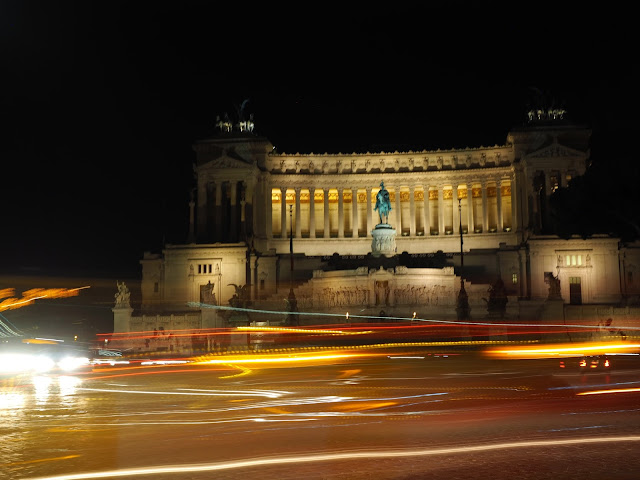 The next day we visited the Vatican Museums and St Peter's Basilica, with a quick stop at the Parthenon in the mornig.  They are pretty amazing places really and I hope my photos do them justice. 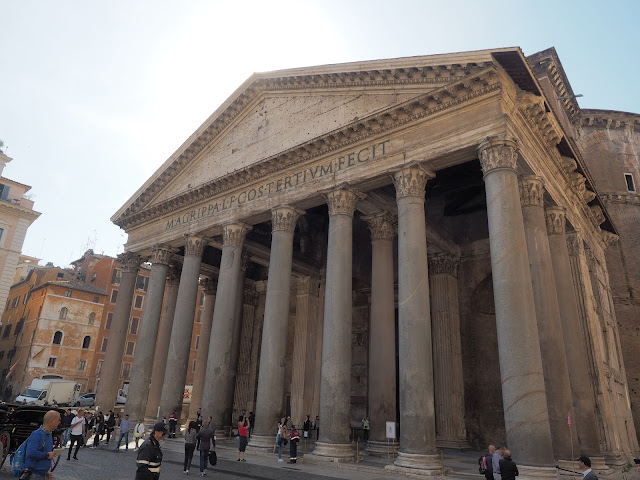 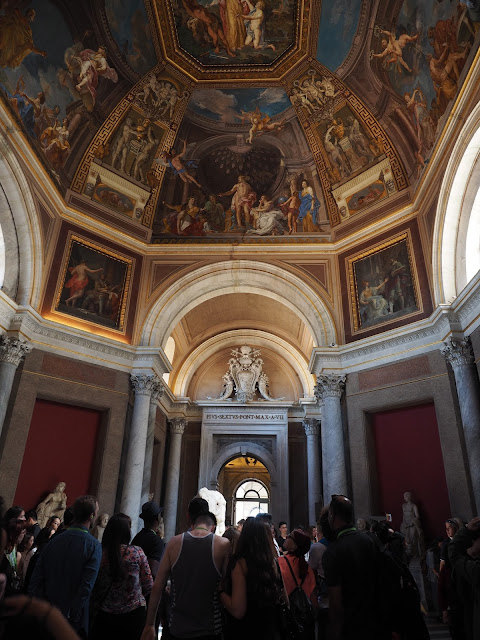 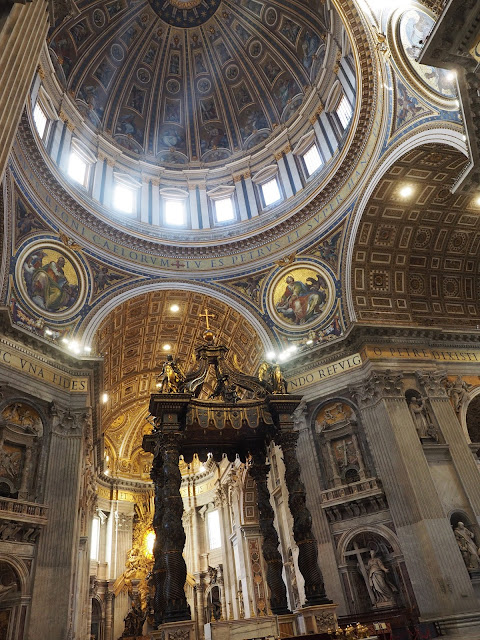 I love how the light floods into the Basilica and you can see the rays coming through the windows.  The frescoes in the Vatican museums were quite stunning, and the Sistine chapel was something special - though full of people.  You're not allowed to take photos in there so I have none.

Next up, the Colosseum, which is named after a giant statue that no longer exists.  It's pretty amazing actually and a lot bigger than I thought it would be. 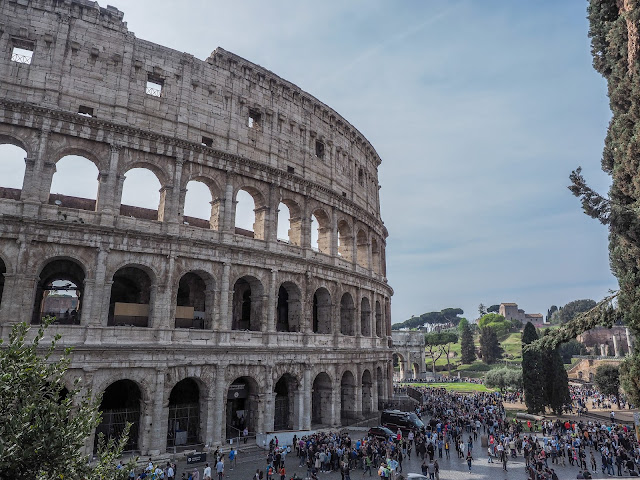 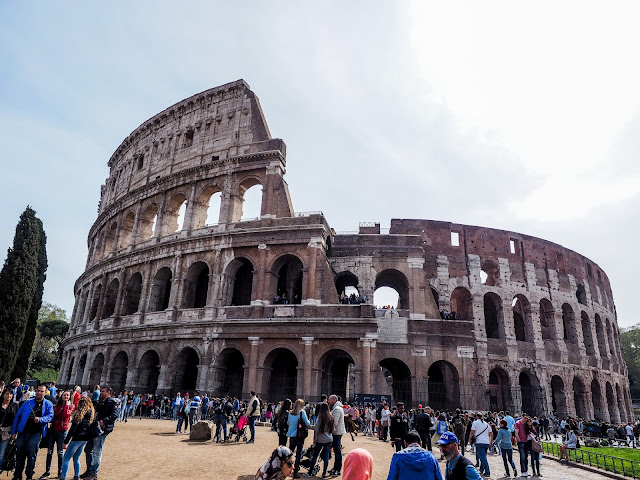 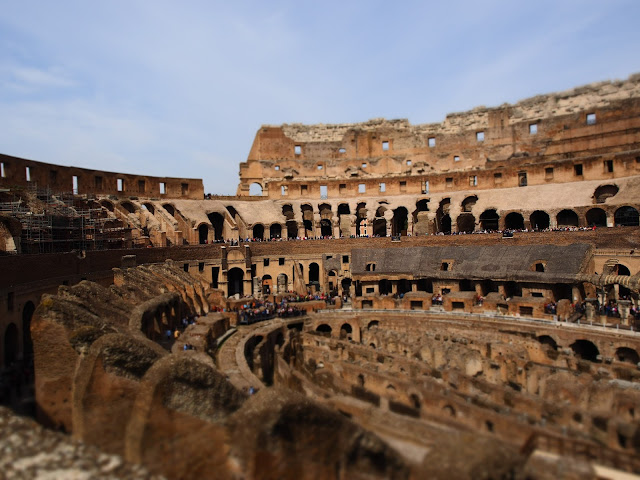 This one above is taken using Olympus' in camera Art mode, diorama. 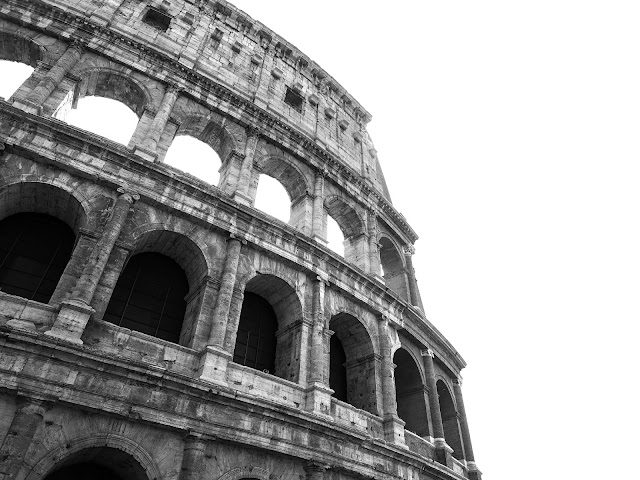 So that was it really, my first photo blog post and my first trip to Rome.

I think I'll end with what might be my favourite photo I took while there. 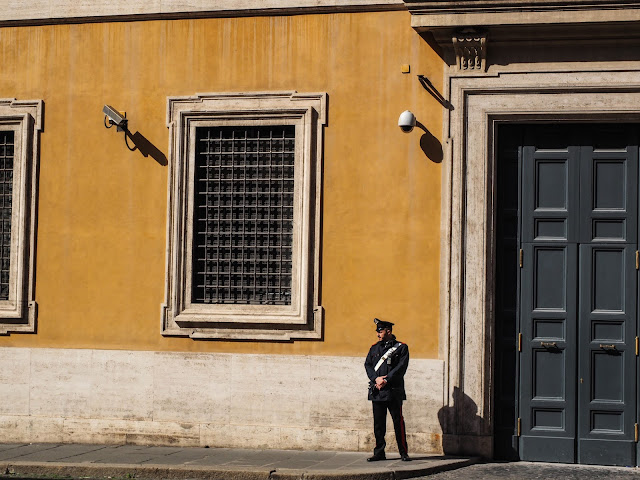